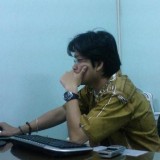 There are no posts yet

Your password reset link appears to be invalid or expired.

Hey Friend!
Before You Go…